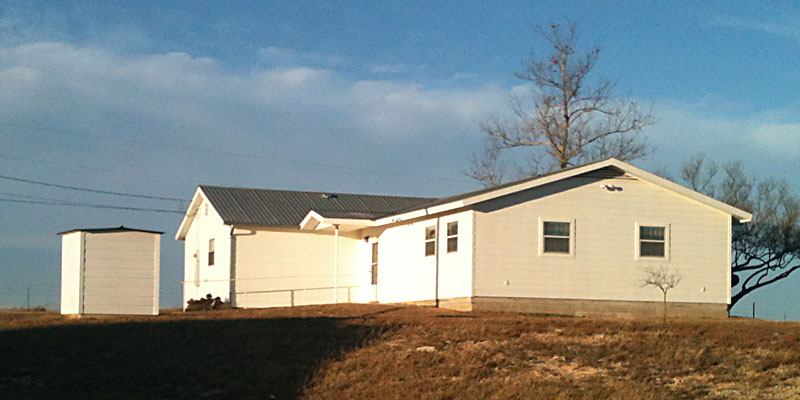 Joppa Church is located in Joppa, Texas. The Church sits at the cross road of County Road 210 and County Road 200 and on the banks of the North Fork of the San Gabriel River, seven miles northeast of Bertram in Burnet County. The community and church was first called Pool Branch, after a nearby pool was formed by a waterfall. At this site in the 1880s were a cotton gin and a mill and nearby was a gin, a store and a blacksmith shop. On August 31, 1881, J. S. and Jane Danford of Delaware County, Iowa, gave two acres of land on the north bank of the North Gabriel to be held in trust for a school and a church. The school building was constructed at once and used for classes and church services. Worship was held in the schoolhouse until 1913, when a church building was erected. The local school, the church, and the locality were called Pool Branch until 1891, when the community secured a post office, and the people agreed on the Biblical name Joppa. On May 19, 1904, a telephone line was installed in Joppa. An iron bridge was built across the San Gabriel River in 1907 and is still standing. Until 1913, the schoolhouse hosted church services. That year the Joppa Baptist Church congregation erected a meetinghouse across the road from the school. The area received electricity in 1939 and the original school building was converted to a community center after the one-room school consolidated, in 1942, with the Bertram Independent School District. Friday and Saturday night socials and Sunday night singing culminated in an annual picnic as late as the 1930s. The church and fellowship hall are still used for church and community activities. A few years ago the Joppa Baptist Church dropped the name Baptist and became a non-denominational congregation simply called Joppa Church.